In Defense of Painting brings together three contemporary artists, Hojan, Julia Jo, and Samantha Palmeri, who are working with the age-old medium through the basics of form, color, shape, and materiality on a flat surface to embody feelings, emotions, and possibly new ways of seeing. In the twenty-first century context, generations have now lived through the death of painting many times over – yet the medium’s capacity to hold an expression of who we are as humans remains boundless. This boundlessness seems ever more compelling in the internet age.

Each of these artists grapple with pigment, allowing it to dry at various stages of abstraction that ultimately give way to an invention of form and figuration while leaving moments of ambiguity on the surface. Through their invention of forms, viewers are encouraged to enter at their own point of reference, to dive in, to swim, to see, to think, and to feel. This way of painting is a humanist act. It connects us. It doesn’t have to be new every time but somehow it is. Yet, perhaps that is beside the point.

Using styles and methods that are both universal and timely, Hojan creates works that speak to the interconnectedness of the medium to the space it occupies. Born in Keelung, Taiwan, Hojan received her Bachelor of Fine Arts in Painting from the Pratt Institute in Brooklyn, New York in 2019, and studied Communications Design in 3D Animation at Shih Chien University in Taipei, Taiwan. Her work has been exhibited throughout New York and Taiwan, and in 2019 she was awarded the Pratt Circle Award. In John Berger’s Ways of Seeing, he suggests that “The way we see things is affected by what we know or what we believe.” Hojan uses paint to create a narrative within space that is indicative of both the artists’ and the viewers’ relationship to the medium of painting. In speaking about her work, Hojan states: ”My painting is dealing with the relationships of the color shapes in the pictorial space. Those shapes are turned into characters, which becomes the main elements in the paintings in order to develop the relative position in the space and to create the seeing movement by their gestures. They are meant for the composition. Space embraces them, and they become indispensable in it. Viewers, as they feel the space is believable and comfortable, they enter the painting with what they know or what they believe, finding out that in the pictorial space, those characters are extending the emotional space.”

Julia Jo uses paint to push against and work within the boundaries of figuration and abstraction in ways that are founded upon the cannon of painting and innovation. Born in Seoul, South Korea, and currently based in New York, Jo received her Master of Fine Arts from the Parsons School of Design and has exhibited across the United States. Using oil, acrylic, and flashe on a large scale, Jo aims to capture the ephemerality of life and inhabit the moments that are indescribable through language. On her process Jo says: “I chase after moments where abstraction and figuration form a necessary companionship in order to cling to this moment when the feeling inept for description bubbles to the surface. I begin with human forms for compositional elements, and through layering and piecing together, the bodily curvatures form a space. It is through an accumulation of numerous overlapping of forms and lines that the finished painting departs almost completely from figurative roots. In the final painting, the forms disintegrate into an all-over weave of visual movements that turn the surface into a spatial experience made up of brush strokes that harken back to the organic forms of the body.”

Samantha Palmeri uses personal experiences to inform her painting and in turn “exteriorize our human and cultural interactions” through the examining of the natural, physical, and spiritual world. Born in Staten Island, New York, Palmeri received her Bachelor of Fine Arts from the School of Visual Arts in 1996. She has exhibited throughout New York and has been awarded the Arts Letter and Numbers Residency for 2020. Palmeri works with both figurative and abstract shapes to intentionally create ambiguous forms that aim to challenge the viewer. Focusing on materiality and movement, Palmeri obscures the everyday to explore the relationships and forces that pulse through both objects, space, and the paint itself.

In conjunction with In Defense of Painting, Pen + Brush launches a new initiative, Project Space: Margaret Roleke in its downstairs gallery space. This space is intended as a separate project-driven space that will engage the public in more immersive contemporary art experiences. In its first iteration, Pen + Brush presents the exploratory constructs of Margaret Roleke, who creates work that investigates current issues of gun violence and consumption. Roleke, who has shown her work extensively in New York, Connecticut, and New Jersey, works with small toys, guns, and spent bullet casing in Project Space to explore the relationships and contradictions within popular culture when it comes to consumerism and violence. The artist received a Bachelor of the Arts from Marymount Manhattan College and a Master of Fine Arts from Long Island University Post. Roleke has shown work at Spring/Break Art Fair, 14C Art Fair, and Flux Art Fair. Her work has been written about in various publications including Hyperallergic, ArtNet, and Artsy. 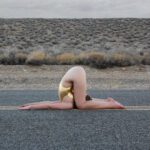 This is Who We Are 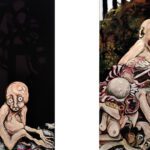