The first major retrospective of the work of Deborah Jack.

Pen + Brush is pleased to present “Deborah Jack: 20 years”, a retrospective exhibition featuring twenty years of work by Deborah Jack (b. 1970, Netherlands). Dealing in the artist’s oeuvre of sound and video installation, filmic photographs, paintings, as well as text-based media, this exhibition asserts Jack’s urgent relevancy in contemporary art while highlighting key concepts and works. Born in Rotterdam, Netherlands, and growing up in Sint Maarten, Jack has spent more than two decades creating a body of work full of portent and striking visual metaphors. The artist, whose work is mainly large-scale two-dimensional imagery, presents thoughtful compositions imbued with immediately applicable concepts such as our collective dispersment, cultural memory, and aftermath.

From early abstract geometric salt paintings to more recent photo collages, Jack has mastered the amalgamation of the canonized modernist aesthetic and the artist’s own transcultural existence. This critical merger of liminal spaces, between worlds, allows the artist to talk at once universally and personally.

Jack’s work is oft dark and rich in color with patterns of different whimsical vistas laid one over the other. The artist depicts mainly scenes of water, landscape, and weather patterns or a combination of these with a single figure in the foreground. Salt, both as subject and material, is also seen throughout the artist’s entire body of work. Jack’s elegant photographs and film installations are defined by disorienting combinations of mostly soft and then abrupt hard lines, clarity is intentionally obscured, and a tonal haze ensues. These landscapes are made contemporary as viewers oscillate between referential scenes that never quite emerge. What results is a personal exchange between artist and viewer in which the viewer is free to assign this ‘place’ to a memory or lineage of their own. It becomes the greenery we’ve all walked through after a rain, that is at once calming and foreboding. It encapsulates Jack’s affinity for dichotomies as well as the artist’s belief that a place can hold memory and those memories can be of both trauma and healing.

Today, Jack’s work asserts new levels of relevancy as we deal with an increasingly COVID- riddled global climate where notions of identity and home are constantly becoming and reforming. This state of the in-between and our shared scattering is seen and felt deeply in Jack’s work. Short films show liminal spaces, water or landscapes, that are immersed in tones of grey and haze, usually paired with a requiem-like sound element, leading viewers to feel as though they are constantly on the precipice. This continuous push can be seen as a metaphor for trans culturalism and its aftermath within today’s globalized art world. 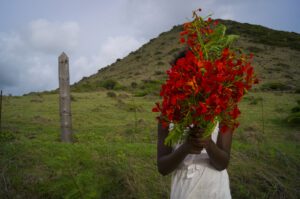 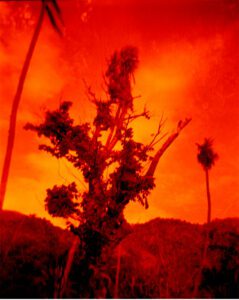 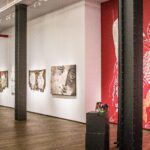 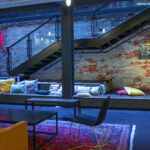 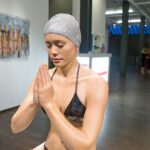